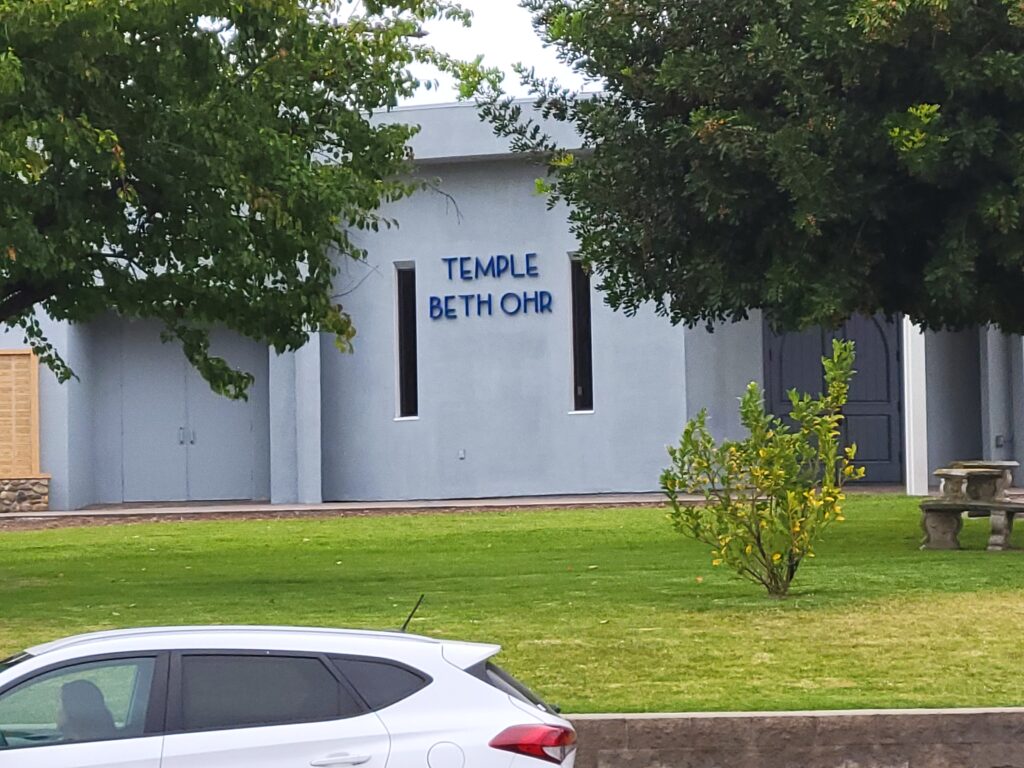 The city of La Mirada was an area of olive groves and was first subdivided in 1954. Among the earliest adventuresome residents were 8 Jewish families who discovered each other by placing information cards at the supermarket.

The number of Jewish families had grown to 40 by 1956, when the group decided to formalize their association by creating the La Mirada Jewish Community Center and duly elected a slate of officers. They started a Religious School for the children with voluntary teachers, in members’ homes. During the next 4 years, meetings were held in a series of local churches, public schools and even at a dance studio. The group felt like the Jews of old wandering in the wilderness, and they were very grateful for the support of their Christian neighbors. This unique relationship of friendship is just as strong today.

The year 1960 was a milestone. The Jewish families of La Mirada bought the land at Rosecrans and Santa Gertrudes, constructed the first phase of the building plan, changed their name to Temple Beth Ohr, and started the Temple Sisterhood. In 1974 the formal sanctuary was constructed, and in 1988 the building was completed with the addition of a foyer.

Rabbi Lawrence Goldmark served TBO for 29 years and retired in the spring of 2008, and is now our Rabbi Emeritus. We welcomed Rabbi Mark Goldfarb at that time to add another productive chapter to our Temple’s story.

In looking back over the years, Temple Beth Ohr can trace a pattern of continued service not only to the La Mirada Jewish Community, but to the surrounding communities as well. Now we have a strong Religious and Hebrew Learning Lab, planned activities for our teenagers, a strong Sisterhood and Brotherhood, and an Adult Education series. We offer uplifting and meaningful Shabbat and holiday worship services, life-cycle events, and opportunities for enrichment and connection. We welcome singles, seniors and families of all compositions.

SEE OUR "WATCH US" SECTION FOR A VIDEO BY FOUNDING MEMBER HARLEY ROCKOFF.